Is It Safe to Mix Cleaning Products with Bleach?

Leslie asked: What is the chance that accidental mixture of bleach and Mr. Clean is toxic to humans or a cat? I accidentally mixed one fourth cup Mr. Clean Floor Cleaner with one eighth cup or less of half water and bleach solution. I dumped it down the sink and ran water for a few seconds after I got frightened. I opened the doors and windows. Is there any danger?

The short answer is no, it’s not safe to mix cleaning products with bleach. When 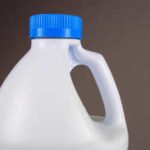 people use the term “bleach” they usually are referring to chlorine bleach, the kind used in the laundry. Chlorine bleach is one of the most dangerous chemicals to mix with other cleaning products because there are a wide variety of chemicals that react with it instantly to produce deadly or toxic fumes. Some of these reactions can even explode and burn your skin. Even using one chemical and then another on the same surface is dangerous; you should always rinse or wash an area between applications of cleaning products.

In general, mixing any cleaning products is not a good idea. There are such a wide variety of products and ingredients used that you never know when you may be blending two reactive chemicals, or producing toxic fumes. In some cases, the different ingredients will neutralize each other and weaken the cleaning power, rather than strengthening it.

What About Laundry Detergents?

The primary reason that chlorine bleach is sold is for laundry purposes, which is why it is available on the laundry aisle of stores and not the cleaning products aisle. The laundry industry has built-in safe guards against this to protect consumers from making mistakes. For example, most laundry machines come with a bleach dispenser, which will mix the bleach into the wash for you at the ideal time. Also, laundry detergents intentionally are made without chemicals that can react with bleach. It’s when you start using chlorine bleach for something other than its intended purpose that you can get in trouble. 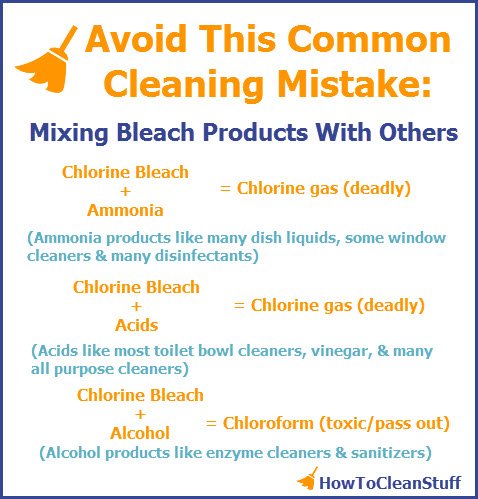 What About Oxygen Bleach?

Oxygen bleach is not the same chemical as chlorine bleach and the above information does not apply to it. However, oxygen bleach should not be mixed with other cleaning products either; it has its own profile of chemicals that it can react with. Again, it’s never a good idea to mix any two cleaning products unless you know exactly what you’re doing. 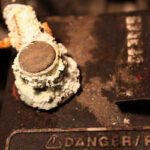 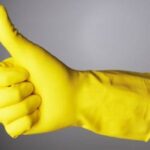 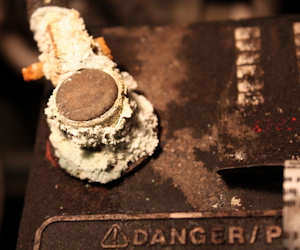 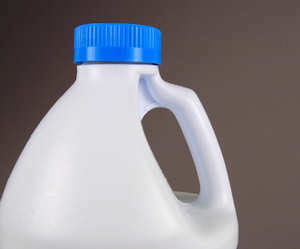 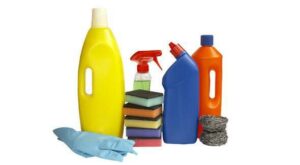 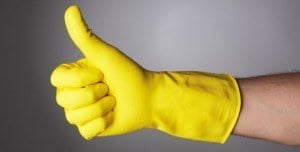