How to Clean Your Colon 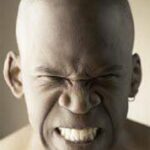 adult colon, also called the large intestine, is about 5 feet long. Its job is to absorb water and salts from partially digested food that enters from the small intestine and then send waste out of the body. Sometimes, because of congenital abnormalities or problems that develop with age, it doesn’t do that last part so well.

If you have a congenital abnormality, you have already gotten medical advice on voiding your colon, so this article is directed to the people who occasionally get into constipation problems.

This is not to say that constipation is a minor problem. It may be caused by an anatomic problem, an obstruction such as a tumor, that can be corrected only by surgery. Anatomic problems can block the passage of food through the digestive system. Some problems can become life-threatening. Symptoms of anatomic problems include abdominal pain, abdominal distension, vomiting, and diarrhea or constipation. Should constipation persist for more than a few days, or if there is significant pain associated with it, you would be well advised to see a doctor about it.

The Symptoms of Constipation

Constipation is defined as having less than three bowel movements per week. Stools are typically hard, dry, small in size, and difficult to eliminate, making bowel movements painful. With it comes intestinal bloating and discomfort. It is a symptom, usually of a poor diet combined with an aging digestive system, not a disease. It’s one of the most common gastrointestinal complaints, most common in women and adults ages 65 and older. It’s also associated with pregnancy and the post-partum period.

Constipation is clinically diagnosed when a patient has any two of the following symptoms for at least 12 weeks (not necessarily consecutive) in the last 12 months:

Constipation occurs during pregnancy because of hormonal changes or because the uterus compresses the intestine. Aging may also affect bowel regularity, because a slower metabolism results in less intestinal activity and muscle tone. In addition, people often become constipated when traveling, because their normal diet and daily routine are disrupted.

How to Cleanse Your Colon

The most common way of self-treating constipation is with over–the–counter (OTC) laxatives. By far the most common procedure, around $725 million is spent on laxative products each year in the U.S. alone! Although laxatives may provide relief, users must increase the dose over time because the body grows reliant on laxatives in order to have a bowel movement. As a result, laxatives may become habit-forming.

Most people who are mildly constipated don’t need laxatives. However, when diet and lifestyle changes have not worked, a doctor may recommend laxatives or enemas for a limited time to retrain a chronically sluggish bowel. Laxatives taken by mouth are available in liquid, tablet, gum powder, and granule forms.

Laxatives work in one of several ways:

Other non-laxative, useful therapies include:

In cases where the bowel becomes impacted, an enema may be recommended in conjunction with a dose of mineral oil to soften the stool. A doctor may then insert one or two fingers into the anus to break up and remove part of the hardened stool.

One more treatment for intestinal blockage (and, according to its advocates, about 3,000 other diseases) is called high colonic irrigation. It consists of sticking a modified hose nozzle into the patient’s rectum, then alternately pumping in water and pumping it out. The treatment is looked upon by most physicians with serious disdain, seeing it as “an expensive enema.”